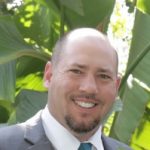 John started in this industry working as an independent medical sales representative in 2001 but was not satisfied doing a job where my income was 100% commission based in a field that I could only pay my bills by telling others that what I had was the pest product even if it was not.  One of the product lines happened to be the stair lift. After some time representing the stair lift, John was hired full time in 2002 by T.L Shield & Associates, a very reputable elevator contractor in California. He managed the owner’s entire stair lift department and in that time became factory trained by their primary stair lift manufacturer. This was much more satisfying work because it was the type of job that made a real difference in the lives of others.

Soon after that, John went on to install every unit that he sold. John grew the business to the point that a large manufacturer took notice and offered him a regional manager position. John was then asked to open up a regional distribution center servicing the entire western United States. For the first few months John ran the center as a one man operation, not only filling orders for the western states, but also personally taking care of every customer in the southern California area. In time he hired a full staff and it was time to grow once again.

After experiencing what it is like to be disabled twice in his life and having to recover himself, John always took extra pride in caring for his clients and wanted to help people recuperate at home after surgery or illness. John also realized that there were many people that did not have a surgery or illness that they suffered from, but still had some difficulty in climbing the stairs, yet loved their home and did not want to feel as if they were forced to move. Over the years, doctors’, medical stores, other personal referrals and word of mouth lead him away from the corporate world and back to the hands on personal service that is so well needed to meet the patient’s needs.  After 4 1/2 years, John Started Stairlifts Made Simple in 2006.  From that point, it has transformed from a stairlift only company to a specialty lift company and then again to a mobility and accessibility company.  As of last month marking 13 years in business, John changed the focus of the company to be considered a “Quality Of Life” company.  Stairlifts Made Simple does not just do lifts, but has expanded into specific products and services that can improve ones quality of life.  It is John’s belief that although any person or store can can sell someone a product or service, whats most important is spending the time with the client so that they can benefit from the experience and understanding of why having the right mobility product is more important than just getting a mobility product.

John has personally installed / serviced over 2000 stair lift systems during his 13 years in the industry. He not only currently does work for the clients of Stairlifts Made Simple Inc., but has worked in the past as an installation trainer for both Acorn Stairlifts and Handicare, formerly known as Sterling Stair Lifts. He is currently one of the primary installers for both Tr-Lift and Harmar Mobility and takes care of their United States Veterans installations that the VA contracts out to Tri-Lift and Harmar.  Both Tri-Lift and Harmar brought John into their team of installation professionals because they pride themselves on giving the veterans the best service in the industry. They both recognize the experience and level of care that John provides to our military veterans. This is not only important to these manufacturers, but John also takes great pleasure in working with the veterans.

Having a father that started Air Force and then spent another 22 years at the Camp Pendleton Marine Corp air station, an uncle that served in the Navy, and another uncle that retired as a full bird in the Army, John has grown up with a great respect for our military veterans.