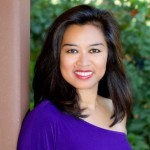 Marie Waite was born and raised in the Philippines and is the oldest in her family and the only female child; she has 3 younger brothers. Her family was well known in the Philippines for their multi-generational legacy of Karate. Her Grandfather brought Karate from Okinawa to The Philippines, teaching the traditional martial art to many in his country. Marie’s father and uncle continued the family karate heritage and became famous as actors and martial arts performers in many karate action movies during the 1970’s. Her mother was known for being the first Female Black Belter in karate in the Philippines. Growing up in a family of popular and well-respected karate instructors and performers, she was surrounded by constant social gatherings where she learned how to deal with different types of people.

Marie graduated from St. Paul College of Manila Philippines with a Bachelor of Science in Business Administration and worked in a manufacturing company as the payroll system manager, overseeing the payrolls for over 2000 employees.

Marie moved to United States in 1989 and settled in Albuquerque New Mexico where she invested, owned and managed Real Estate properties. She also used her business and computer skills to procure an administrative position in the medical industry while continuing her education in the field of computer programming.

Marie decided to move to California in 1994 and continued to work in the Healthcare industry as a Financial Analyst and System Administrator where she once again put her knowledge and skills in both the Medical Field and Computer Programming to work. In 2005 became a licensed Real Estate agent and, along with her former husband, started a Real Estate Company.  Taking on the primary responsibilities of recruiting agents and marketing the real estate firm, Marie managed over 50 Real Estate agents servicing southwest Riverside County, California, including the communities of Murrieta, Temecula, Menifee, Wildomar and Lake Elsinore, along with areas of Northern San Diego County.

Marie observed many local businesses struggling and closing when the economic downturn of 2008 hit Riverside County, and decided to do what she could to help the struggling businesses all around her within the community. Thus she started a non-profit organization in 2008 called the Inland Valley Business and Community Foundation (IVBCF). This organization was formed provide an avenue to promote businesses and connect them to the community. Over the first five years of its existence, IVBCF has attracted members from many in the community, including business professionals, business owners, community performers, community leaders and students in many schools. Her skills and experience from working for corporations and building her real estate firm served her well in creating, building and administering IVBCF.

IVBCF has become a significant organization in southwest Riverside County, is a resource for many businesses and brings a positive impact to the community. Marie’s vision for IVBCF of helping people and implementing the power of collaboration for the good of the community is being realized every day. Her belief in creating a fun social gathering of people where the purpose is to also serve the community drives the activities and success of IVBCF.

Marie served as a member and club in Toastmasters, joining her first club in 1995. She served as Vice President of Membership for one year and then as the President of Toast of the Valley Toastmasters Club in Temecula for 2 years. She was also a member of Team Referral Network in Murrieta and was selected as an Advisory Board Member for the Temecula Valley Players during that time.

Challenging herself to do different types of work has always created great opportunities for Marie. She is never afraid of taking on anything outside of her comfort zone because accepting the challenges and overcoming obstacles have given her tremendous wisdom and knowledge and developed her highly recognized leadership skills.

Marie’s reputation as a real estate leader and track record for going above and beyond generated many clients and referrals. This combined with balancing leadership of the IVBCF and working in healthcare administration left Marie with more real estate clients and inquiries than she could serve to her level of service standards, and her concern for her clients led her to a new idea. She selected five real estate agents who she knew personally, from five separate real estate brokerages, each with a different specialty. Each agent was selected because they had a proven record of good work ethics, great personality, and presence in the community as a contributor and volunteer. The real estate agents agreed to team with Marie to service her clients and referrals that she was unable to serve due to her full capacity, and were named the Finest Women in Real Estate.  After forming this group, she also brought in real estate business resources who had established strong relationships with the Finest Women in Real Estate and who had reputations as the best in their industries.  The concept was so well received, and the participants worked together so well, Marie turned the concept into a business entity formed as an LLC.

Finest Women in Real Estate is now an established and trademarked business, and operates as a marketing, public relations and referral generation company for Real Estate Professionals, with the intent of developing and promoting for each agent a unique position as an expert within the industry in their geographic area. The agents become well-known and are seen as both real estate professionals and celebrities within their industry Agents find themselves constantly in the public eye thru print media, social media, broadcast media, community events and business promotion.

The long-term vision for the Finest Women in Real Estate group is to establish groups or real estate professionals in cities and areas all over United States, and to create a referral connection network where Trust and Credibility are already established within the group, due to the strict selection process.  The Selection process of the professionals will be based on recommendations and strong relationships among each other and within the community they serve. Finest Women in Real Estate is the premier real estate professionals’ promotion and referral organization in its market, and will become the same in each area in which chapters are established.